Scout Boats was founded by South Carolina-resident Steve Potts – a man that continues to this day to be on the shop floor daily working on the models – back in 1989. From the very first 14-footer to the now expansive offering of more than 20 class-leading models ranging from 17’-42’, one of the many consistent items that set Scout Boats apart from other manufacturers is product quality.

Within the marine industry, there are numerous manufacturers producing all types of boats for consumers, but none with as much thought and effort as Scout Boats puts into their models. Year after year, the Research & Development team create stunning new model after new model. So much so that Scout has introduced more than 20 new models in the previous five years alone. No one else in the industry has even come close. And not only are new models continually being developed, they are the most innovative, attractive and highest performing models in their class time after time.

Wood-free construction, 100% hand laid fiberglass, finished lids and hatches, attention to every detail and process – from the upholstery fabric we use to how we paint a boot stripe. We’ve even created a series of short videos that bring you into our facility and show you exactly how our boats are made differently, and made better.

Scout produces the most innovative, best looking, highest performing and most fuel efficient models in its class.

Scout is a debt-free company. They own the land they sit on, the buildings on this land, and even the transportation that delivers the models. Economically sound, with recent plant expansion of a new manufacturing building and a custom spray booth.

Scout is one of the most respected boat builders in the marine industry, not only due to their cutting edge innovations, but also by the way they run their company and treat their employees.
In its 25+ year history, Scout has established its presence and continually gains market share each and every year at a significant rate against competitors that have been around for much longer. Scout has revolutionized the coastal fish boat market.

Our models aren’t just stunning to look at…they’re also packed with many first-to-market innovations and features. Notable industry-first Innovations over the years include:

Scout pioneered the first reverse-shoebox hull/deck design, which increases overall hull strength and prevents water from penetrating through the hull/deck joint in rough conditions. The eradication of all wood in the manufacturing process is also a Scout trademark, as it produces rot-free composite stringers and transoms.

Introduction of the industry’s first Hybrid model, as noted on Good Morning America

Scout Boats are the highest performing and most fuel efficient boats on the water. Period. Their gas-saving hulls (like the NuV3 and Air Assist hulls) are coupled with state-of-the-art outboard engine advancements. These ultra-efficient designs allow them to create the most technologically-advanced models that offer the best strength-to-weight ratio of any boat in its class. And all Scouts offer piece of mind with 10 year limited hull and 3 year limited stem-to-stern warranties.

Scout’s NuV3 hull design is another engineering marvel. This ‘convex’ design is comprised of variable degree angles in the hull, offering immense fuel efficiency and the softest, driest ride in its class without sacrificing performance.

The “Scout Strata-Mount” is an advanced engine mounting system on select models. It’s comprised of a factory-molded bracket which allows for the two main longitudinal grid stringers to pass through the transom and be directly integrated into the engine mount. This allows for the natural stresses of the engine to be spread out over the entire hull, increasing strength, durability and performance.

Scout has been first to market with its revolutionary T-top/glass enclosure, which was awarded a U.S. Design Patent. Scout redesigned the old style T-top/glass enclosure for a cleaner, more modern look, as well as incorporated tempered glass. The result is a more stylish, more user-friendly design that increases visibility, which in turn is also safer.

Give us a call today! 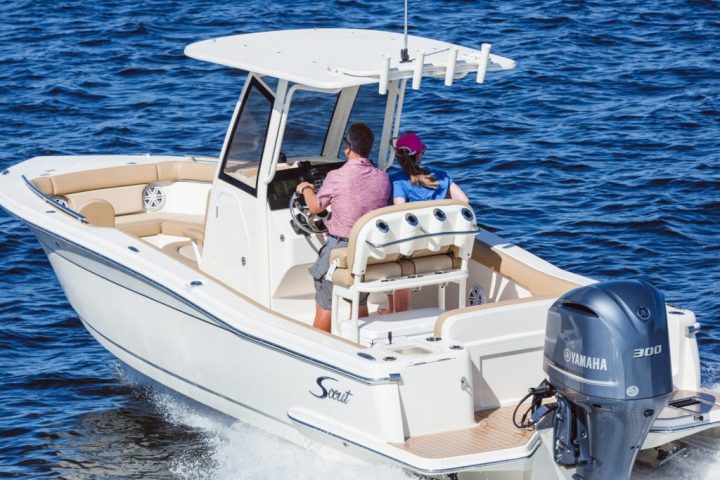 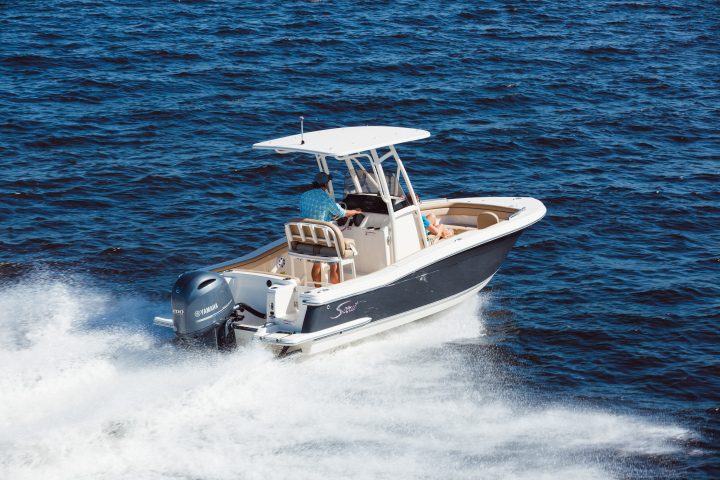 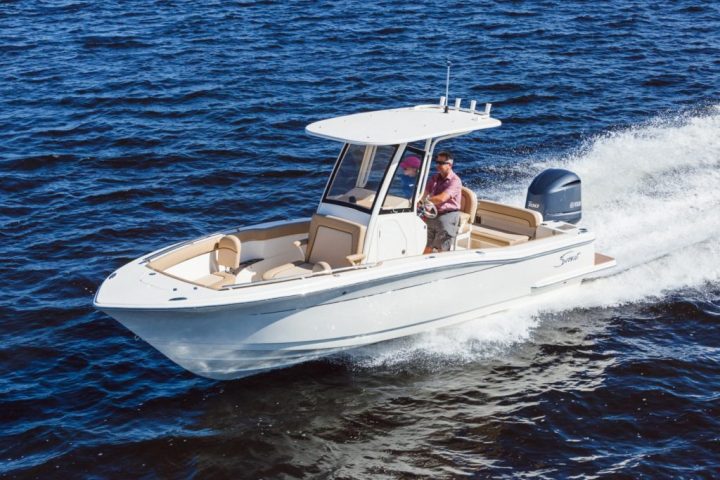 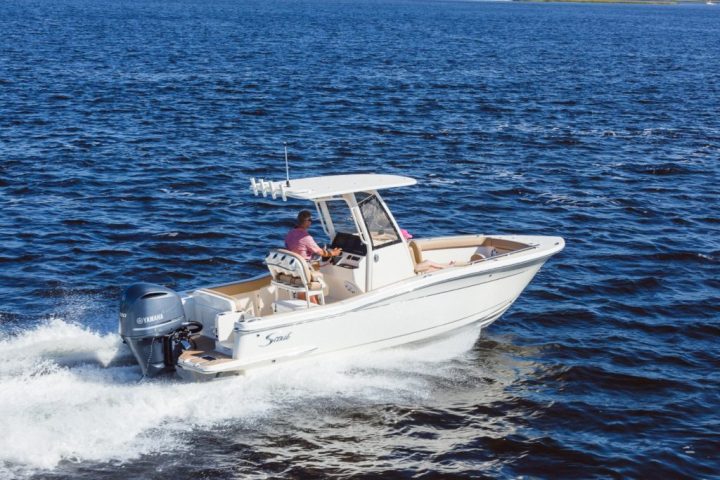 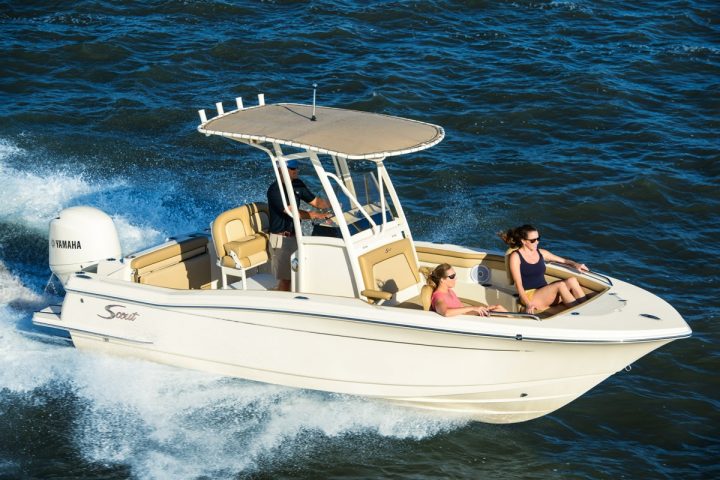 Call for Price
All Scout Inventory