There’s something fishy – very fishy – in the water right now.

From seas deep to those more shallow in creeks and shorelines, an abundance of opportunities have started to present themselves. Like I’ve always said, if you can’t find something to catch right now, stay home and watch the grass grow.

One thing at the top of the charts is the tuna bite out of Outer Banks inlets. Boats continue to return to the docks before lunch with limits of yellowfin tuna and lots of dolphin. Wahoo pop up in the mix, and more and more billfish are blessing offshore charters with their aerobatic battles.

And what can we say about the local waters around Virginia? Offshore waters are producing scattered tuna and dolphin as the fish slowly move to the north. Deep droppers are finding grouper, sea bass, tilefish and black-bellied rosefish. Wrecks are producing sea bass, spadefish, triggerfish, and bluefish. Tautog are available, but that season doesn’t reopen until June 30.

Closer to the coast, loads of big red drum and cobia are thrilling sight-casters from the state line north and into the bay. Cobia season is open in North Carolina and Virginia’s season opens on June 15. Big red drum are available only for catch-and-release fishing, but that’s OK with most anglers. There are enough of them to tire out a crew in no time.

Along the coast, trollers looking for bluefish and Spanish mackerel have been overrun with huge schools of ribbonfish. These strange-looking, toothy critters don’t put up much of a fight, but they’re remarkably tasty.

Area navigation structures like buoys, channel markers, and the Chesapeake Bay Light Tower are holding plenty of spadefish that are starting to bite better with every passing day.

Along the beaches and from piers, anglers should look for plenty of small stuff like sea mullet. There also will be a few speckled trout and puppy drum caught from the beaches, but that action is better in the Southside’s three inlets and in the Elizabeth River. Catches of both are improving around the Poquoson Flats and around Oyster on the Eastern Shore.

Some flounder catches have been recorded, but it’s been a slow start for fatties. Sheepshead numbers along the Chesapeake Bay Bridge-Tunnel have been pretty good. Also expect to find school rockfish along the span, as well as in Lynnhaven Inlet. Medium-sized bluefish and some gray trout are being caught in Rudee by anglers looking for specks and pups. 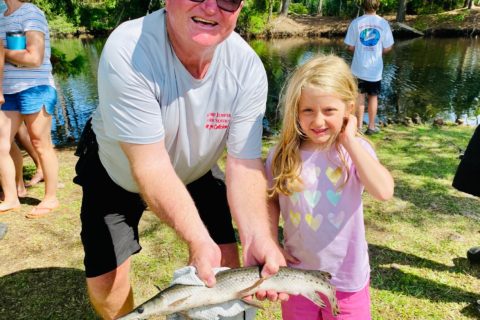 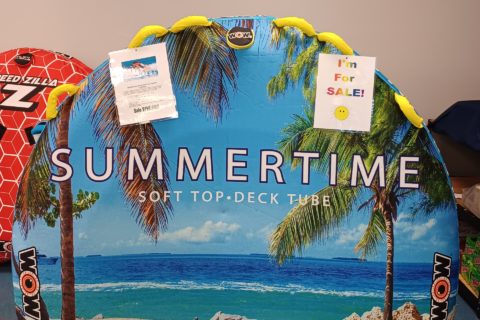 The Thrill of Towables