Watch Out for Manatees

Think what you will about climate change, but one thing that can’t be ignored is that things in the fishing world are changing.

Big blue fish rarely come into the bay or along the shore. Divers are finding lionfish around wrecks. More and more tripletail are being caught. Species like speckled trout and puppy drum have wintered in the area for years now when they rarely did ages ago.

And while it’s not anything brand new, the summer arrival of at least one manatee still leaves you scratching your noggin’.

But there it is, cruising around the shorelines of Rudee Inlet. There are rumors of the Rudee manatee or others that also made the trip from Florida showing in Lynnhaven Inlet and other coastal tributaries.

According to the Florida Fish and Wildlife Conservation Commission’s “A Boater’s Guide to Living with Manatees,” these large mammals can live to be 60+ years old and are extremely slow swimmers. Also known as sea cows because of their size, it’s also believed that early visitors to the Sunshine State mistook them for mermaids.

The FFWCC recommends that humans don’t try to touch manatees since they’re federally protected. The number one cause of mortality is being hit by boats, which is why idling speed is as fast as you want to go around them.

Manatees can’t tolerate water temperatures below 68 degrees, which spells a unique problem for our southern visitors. The sea cow that has been coming to Rudee Inlet for years tends to stay in the area a little too long for its own good. Likely because one of the most important rules is consistently broken.

Interested viewers all too often try to feed and water the manatee – which gets its fresh water from food and shouldn’t be given a drink from the water hose hanging over the dock. Providing food and water causes the animal to seek out more humans willing to do the same.

So when you see one, enjoy it from a safe distance and leave it alone. And who knows, the way things have been going, more of them might make our waters their home in the summer. 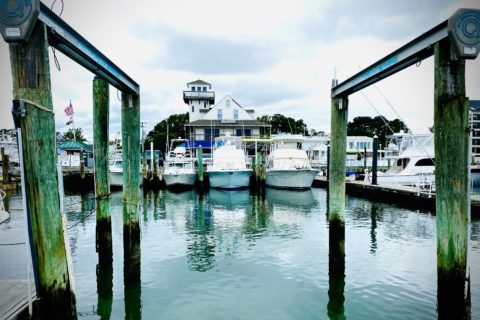 Protecting Your Boat from Hurricanes 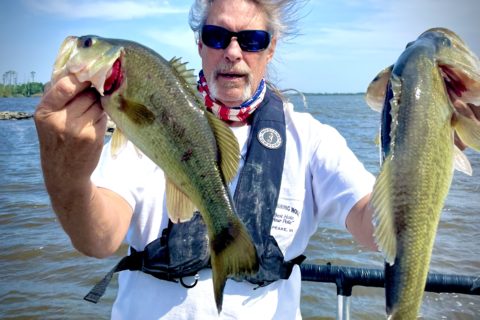 The Comeback of Back Bay 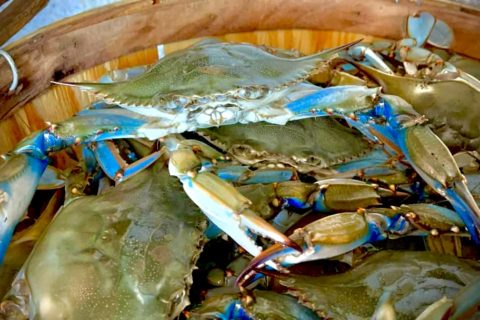 Crab Pickin’ Can Be Messy